Decisions come our way every day, and we have to know in advance how good decisions are actually made. A constant theme in my posts is that awareness is the key to success. This applies most strongly when it comes to making decisions. Yet most people base their decisions almost solely on how they acted in the past. Their minds are habituated to a certain style of thinking, which means that they are ill-equipped for new, unexpected challenges.

Decisions lead to actions, which is why they are important to begin with. But just as important is the sequence of steps that leads up it. A series of steps must be fully mastered; otherwise, action becomes erratic and unreliable. All-important action plans follow the same template.

The Anatomy of Action

What makes action far more difficult in the real world than any model can indicate is that all seven steps are generally present at the same time—challenges don't arrive in a neat linear sequence like boxcars on a railroad track. Every day is filled with things to assess, advice from others, and so on. This constant overlapping and merging means that you can't rely on a simple formula for action. Anyone who reads the biographies of great generals or captains of industry quickly realizes that the "fog of war" could be called "the fog of leadership" just as well. It takes consciousness to negotiate your way through murky situations. In most situations of great importance, this comes down to group consciousness - a decision-maker with a good team behind him has a better chance of arriving at effective action in time to make a difference.

The main lessons drawn from the past tend to lead to the following tactics:

This is good advice, much of it appealing to common sense. But it skews decision-making toward the cool-headed and rational. That's fine in the classroom; it bears little resemblance to decision-making in real life, which is fraught with stress, time pressure, deadlines, internal squabbles, conflicting aims, anxiety, and the pervasive confusion that afflicts "the fog of war" but hardly stops there.

Psychological studies have shown that emotions cannot be separated from reason, and experiments that attempt to isolate rational thinking have almost entirely failed. For example, buyers will pay too much for retail goods if they are in either a bad mood (which makes them impatient to get the whole thing over with) or a good mood (which makes them feel over-confident and generous). Bidders will go over their limit in the heat of auctions, and they will even pay more than an item is worth if there's a rival they want to beat.

The focus necessarily turns to an arena that is hard to document and analyze in leadership courses. In this arena are intangibles of mood, temperament, personal chemistry, group behavior, social dynamics, and so on. Skill in these areas is real and invaluable, and the lessons to be learned need to begin early on. They look different from the rational angle taken so often in case studies. 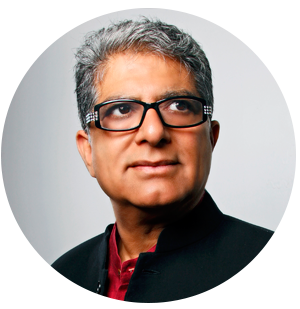